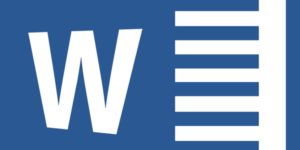 Read the Apply: Self-Concept and Communication Instructions prior to starting this assessment. You only have 1 attempt to complete the assessment.

For privacy purposes, Derek Matthews traveled to Mr. Menendez’s home to interview him. Derek also suspected that Mr. Menendez may be more comfortable speaking in his home. Derek was focused on ensuring that the ______ for their conversation was relaxed.

Even though Derek Matthews felt strongly that the school board was wrong in how it approached Menendez’s departure, he included opposing views in his article because he knew his audience included people who felt differently than he did. Matthews is demonstrating the idea of being _____.

A fellow student says to Leah Summers-Washington, “That was great, but what do we do next?” after the walk out. However, Leah does not seem to be listening because she is exhausted from the event. This is an example of what type of barrier?

Mr. Menendez works to speak slower and with a softer voice during his interview. He is aware of his tendency to be loud and speak quickly in communication situations. What characteristic of a competent communicator does Mr. Menendez have?

Even though others were talking in the teachers’ breakroom, Mrs. Italiano chose to focus on what the faculty members sitting with her were saying. Which stage of listening is Mrs. Italiano demonstrating?

Rather than listen to what the students at the walk out were saying, Mrs. Italiano was thinking about what she could do to calm nervous faculty members. This is an example of which of the following barriers to listening?

When talking to other PVHS parents, Carrie Summers-Washington became frustrated when they would ramble on about things not related to Mr. Menendez’s firing. All Carrie wanted was information from the other parents about Mr. Menendez. Carrie’s listening style would be described as _____.

Once the message “Mr. Robert Menendez, the long-time and beloved school principal, will no longer be leading the institution” was read by the public, it would be very difficult to tell parents and faculty members that the statement was not true because communication is _____.

When Mr. Menendez asked Derek how he thought the interview went Derek responded, “It was fine.” What suggestion for improving his responding skills should Derek try next time?

Mrs. Italiano did not immediately respond to the emails and phone calls she received from concerned faculty after the new of Menendez’s departure. Italiano wanted to gather additional information before responding; however, her silence was taken as agreement with the decision. This shows how communication is _____.

After the interview Mr. Menendez realized that he could not recall which day Derek said the newspaper story would be published. Mr. Menendez was not using one of the last parts of the listening process, which is called _____.

During their interview, Derek Matthews repeated what Menendez had said to make sure he was capturing it accurately. “So I am correct in writing that you don’t believe the board has the best interests of the students at heart?” Derek asked. Menendez nodded, using _____ to communicate his message.

During the walk out Carrie called Leah. Leah attempted to listen to her mother on the phone while participating in the walk out. This example illustrates the information-processing barrier of _____.

Mrs. Italiano is listening to a faculty member share her concerns about PVHS without Mr. Menendez. At this moment, these two are engaging in which communication actions?

Derek Matthews is a natural journalist; he really enjoys talking with people, getting to know them, and learning how they feel about a topic. How would you describe Derek’s listening style?

Mr. Menendez knows that when talking to Derek Matthews anything he says can be printed unless he specifies that it be “off the record.” He knows this even though he has never been told directly. This example illustrates a(n) _____ rule.

Derek Matthews knows he is required to submit his completed story to his editor for review and fact checking before it can be published. This situation is an example of what?

During the walk out Leah spoke with a few other students. Instead of focusing on the event and conversation, Leah kept thinking about how Mr. Menendez must have reacted to his firing. Which of the following stages of listening is Leah having the most trouble with?

Derek Matthews received a series of email messages commenting on his story from an unfamiliar address and no other contact information. He tried to track down the sender, but Derek could not determine who he or she was. The sender of these emails was using which common characteristic of mediated communication?

Derek called Mr. Menendez to initiate a discussion for his article and ensure that he wrote all the correct facts and quotes. Derek’s listening goal was to _____.